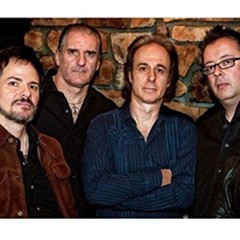 THE HALL OF FAME BAND:  Pleasing Baby Boomers since 2006!

The Hall Of Fame Band had its genesis as the band for the reunited Peter & Gordon in 2006. They still have the honor of backing up Cruise Host, Peter Asher for Star Vista Cruises.

THE HALL OF FAME BAND: Showing Millennials the way since 2006!

These guys know what they're doing and it shows. A 4-piece band with the ability to make a theater feel as intimate as a living room, while making the smaller rooms rock like an arena show. Each member is a multi-instrumentalist and a legitimate lead singer. No backing tracks or pre-recorded music. This band is for real. A rare combination of passion, power and personality makes this band unique. Their credentials make them authentic.

THE HALL OF FAME BAND: Keeping real music real since 2006 and loving every minute of it!