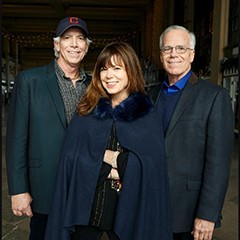 The real-life inspiration behind the hit television series The Partridge Family, the Cowsills — teen siblings Bill, Bob, Barry, John, Susan, and Paul in tandem with mom Barbara — were one of the biggest pop acts of the late ’60s, distinguished by their angelic harmonies and sun kissed melodies, siblings Bob, Paul and Susan carry on the touring tradition of The Cowsills as one of the co-headline bands in the 2015 and 2016 hugely successful Happy Together Tour!

THE RAIN, THE PARK AND OTHER THINGS